Andhra Pradesh for the third time in a row has topped in the ease of doing annual business ranking of states and Union Territories (UTs) by the Department for Promotion of Industry and Internal Trade (DPIIT). The ranking is based on the implementation of the business reform action plan 2019 by States and UTs, according to a report released by Finance Minister Nirmala Sitharaman on September 5. The exercise is aimed at promoting competition among States with a view to improving the business climate to attract domestic as well as foreign investments. 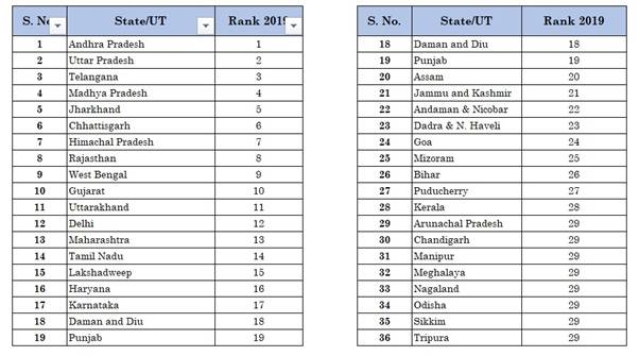