Pragyan is intact on Moon

Space enthusiast Shanmuga Subramanian, who found the debris of India's moonlander Vikram, said on 1 August 2020 that Chandrayaan-2's rover Pragyan seems to be intact on the moon's surface and had rolled out a few metres from the lander. It seems the commands were sent to the lander blindly for days & there is a distinct possibility that the lander could have received commands and relayed it to the rover... but the lander was not able to communicate it back to the earth, Subramanian said. 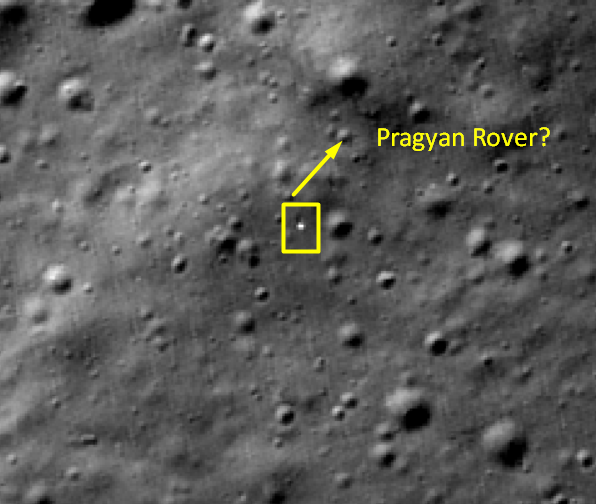