The first astronauts launched by SpaceX are breaking new ground for style with hip spacesuits, gull-wing Teslas and a sleek rocketship — all of it white with black trim. The color coordinating is thanks to Elon Musk, the driving force behind both SpaceX and Tesla, and a big fan of flash and science fiction. NASA astronauts Doug Hurley and Bob Behnken like the fresh new look. 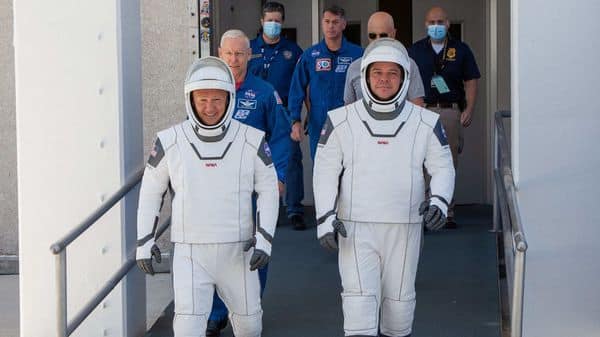