Reminiscent of the 1984 Bhopal gas tragedy, gas from LG Polymers factory on the outskirts of Visakhapatnam in Andhra Pradesh leaked in the wee hours of 7 May 2020 killing at least eight persons. The gas leak from the factory located at RRV Puram near Gopalapatnam, about 15 kms from Visakhapatnam, affected at least 2,000 residents in five villages located around the factory. Panic-stricken residents of RRV Puram, Venkatapuram, BC Colony, Padmapuram and Kamparapalem fled the area and many fell unconscious on the roads. Police and NDRF teams evacuated several factory workers. Hundreds of people in unconscious condition or breathing difficulties were brought to the King George Hospital. Children and elderly were most affected. An official at KGH said that the death toll may go up. 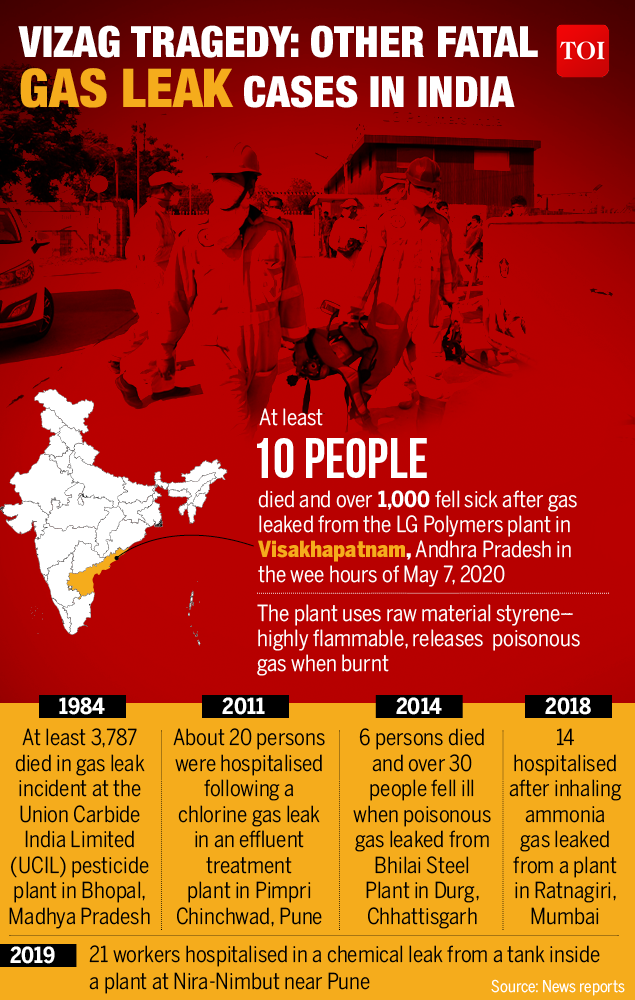 Image Source: TOI
What
What is styrene
About the LG Polymers plant