In his first address to the Non-Aligned Movement (NAM) summit since assuming office in 2014, Prime Minister Narendra Modi on 4 May 2020 flagged the issues of “terrorism” and “fake news”, calling them “deadly viruses” at a time when the world fights the novel coronavirus. Modi said they should develop a platform for NAM countries to pool their “experiences, best practices, crisis-management protocols, research, and resources”. NAM should call upon the international community and the WHO to focus on building health-capacity in developing countries. We should ensure equitable , affordable and timely access to health products and technologies for all. 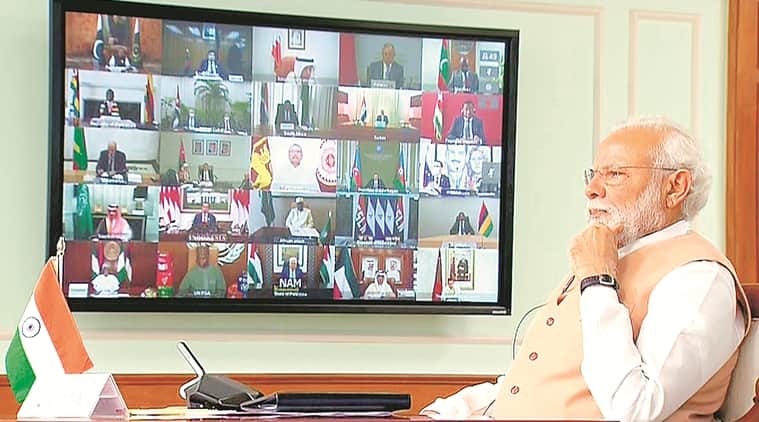 What
WHO must boost healthcare capacity
Pharmacy of the world