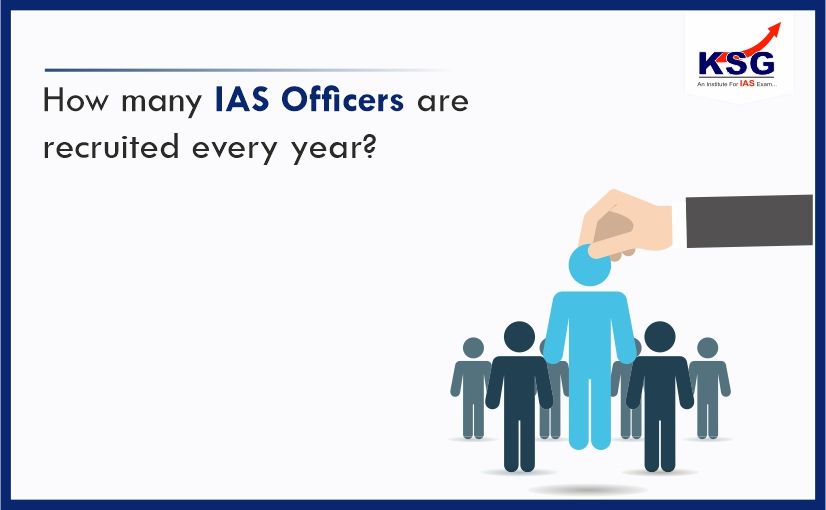 How Many IAS Officers are Recruited Every Year?

It is a common belief that our country India is not run by ministers but by bureaucrats. These bureaucrats are senior IAS officers who promote themselves to later by becoming the Secretary of the Government of India. These officers are not specialized subject matter experts but are general administrative officers who take decisions keeping in mind the Pros and Cons of every issue. They occupy the helm of all ministries and contribute significantly to the formulation of all policies of the country.

The Union Public Service Commission is the only commission to act as a central recruitment body for the higher posts of government ministries. IAS and other central civil servants are recruited through India's most prestigious examination, popularly called the Civil Services Examination. In the last six or seven years, there have been about a thousand vacancies in the civil service advertisement, but the number of vacancies of an IAS officer is not written anywhere in the advertisement. The number of vacant posts in IAS is very few hence the competition is very high among the aspirants.

180 IAS Officers are Appointed Every Year

Formation of the Baswan Committee

We are discussing in detail here the facts related to the recruitment of IAS Officer. In the last decade, the government constituted the Baswan Committee. Shri BS Baswan, former Chairman of the Indian Institute of Public Administration (IIPA), was the Chairman of this committee. The recommendations of the Baswan Committee were sent to the Department of Personnel Public Grievances and Pensions.

Suggestions from the Baswan Committee

The Baswan Committee considered the number of retired IAS officers, cadre review policy and rules, cadre review officers and procedures of the states in the period 2010-2020. On the basis of these considerations, the committee suggested that -

Recommendations of the Baswan Committee Accepted!

The government accepted the recommendation of the Baswan Committee and hence, about 180 officers are recruited every year. This number will remain the same until the year 2020. Thereafter, candidates do not have to worry about the number of vacancies for the Indian Administrative Services.

Know, How Many IAS Officers are There in all States of India & How Many are More Required.

For letting our readers know, we have analyzed all the states of the country based on the data of the Department of Personnel and Training and find out which states are lacking in IAS officers or do not have as many IAS officers as they should be. Check out the table given below listing all the figures transparently.