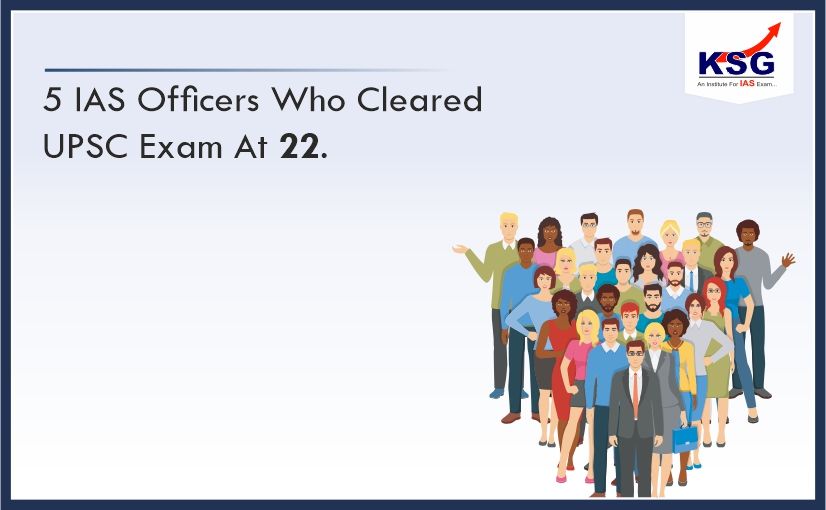 Aspirants of civil service examination work really hard to crack the IAS and UPSC Examination. Despite hard work, many feel hopeless. But there are many candidates who surprise the world by their talent of scoring a good rank in the very first attempt. Every year, lakhs of candidates are appearing in this examination which is conducted by UPSC in three stages - Preliminary, Main and the Interview. Through this examination, officers are selected for other services including Indian Administrative Service (IAS), Indian Foreign Service (IFS) and Indian Police Service (IPS). People, who dream of becoming an IAS officer, devote so many years of their life in the preparation of the examination but some crack it magically at a very early age. IAS, IFS, and IPS are their dream job. Here we talk about those 5 IAS officers who passed this exam in just 22 years of age. They are the motivation for many.

Ansar Ahmad Sheikh - The Youngest IAS Officer Ever in the History of India!

Ansar Sheikh became the youngest IAS officer in the country after passing the UPSC examination in 2015. When he passed the UPSC examination, his age was just 21 years. Ansar achieved the 361st rank. Currently, he is MSD (Management Services Division) in the MSME and Textile Department in West Bengal Government. The son of an auto-rickshaw driver, Ansar hails from Shelgaon in Jalna district in Maharashtra, a drought-prone area. Ansar belongs to a family where he witnessed the domestic violence over her mother and the family in which education is a luxury, not a necessity. But he didn’t give up and continued his studies. After studying at Jalna District School, Ansar went to study at Ferguson College, Pune.

His academic record always remained excellent. He scored 91% marks in SSC exam. He graduated in Political Science with 73% marks. Ansar says that he used to study 13 hours a day. On the basis of political science subject, he cracked UPSC and became the youngest IAS officer of the country by getting 361 Rank.

Meet Some More Inspiring Figure who has cleared the toughest examination at 22 and set a motivational story for all other aspirants.

When Roman Saini achieved 18th rank in the 2013 UPSC examination, he was just 22 years old. Before Ansar Sheikh, the record of becoming the youngest IAS was in his name. He is a doctor, completed his MBBS from AIIMS, New Delhi. He is not just a civil servant but is also an educator and motivational speaker. He became a collector in Madhya Pradesh. However, he resigned in 2015 to start an education technology company, Unacademy. His native place is Jaipur, Rajasthan.

Swati, a resident of Sikar, Rajasthan, passed the UPSC examination in 2007 and became an IAS officer at the age of just 22. He achieved 260th rank. He is currently employed in the Madhya Pradesh State Cooperative Marketing Federation. Swati is a role model for all the girls out there who dream of becoming an IAS. She has proven the fact that nothing is impossible if you have passion and determination to achieve your goals. After becoming an IAS, Swati Naik has done a lot of work for women’s welfare and improving the sanitation condition of the region where she is posted. Her husband is also an IAS who is currently posted in Barwani, Madhya Pradesh.

Hailing from Pune, Amrutesh has passed the Civil Services Examination at the age of 22 in 2011. In the list of youngest IAS officers, he comes at number four. He had surprised everyone to get the 10th rank. He is presently giving his services in the Regional Commissioner of Municipalities at Vadodara.

Ankur Garg passed the IAS examination at the age of 21 in the Civil Services Examination 2002. Ankur is a graduate from IIT Delhi. He has also done a two-year master's course from a prestigious Harvard University. He was the topper of Maharashtra and scored 10th Rank in the UPSC examination of 2012. He is also a writer and author. He has written a book named IAS @21. His elder sister, Chinmaya Aurangabadkar, has guided him throughout his UPSC course and she herself cleared the UPSC exam in the first attempt and has joined the Indian Revenue Service.