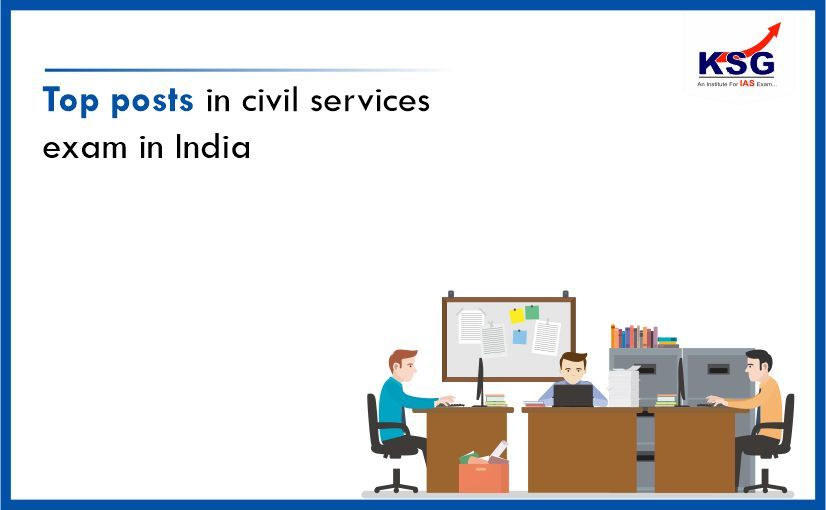 Overview of the Top Posts in Civil Services Exam in India

The Civil Services examination is one of the most admired and prestigious examinations, which is conducted all across India. Every year, the exam is performed under the direction of the Union Public Service Commission (UPSC). Throughout the country, the jobs offered under the Civil Services category have been the most sought after careers by youngsters. Despite, the popularity of Technology and IT careers, more and more professional degree holders are opting for jobs among this list of Civil Services.

Civil Services forms the backbone of the Indian government structure and the jobs are directly related to the public service. The jobs are widely considered prestigious in India. UPSC conducts Civil Service Exams under three types of services that are All India Services, Central Services, and State Services.

Here is the complete list of the top posts in the civil services exam in India for which combined examinations are held.

There are three sorts or classifications of employments through the common service test (CSE). Under these 3 general classifications are an array of administrations that are prestigious and looked for after. The common assistance rank rundown turns out with the aftereffects of the tests however at some point because of inclinations a few toppers may pick benefits that are not at the highest priority on the rundown like the IAS or IPS.

Below you can find the complete details of the top posts in the civil services exam in India:

Central Services or Group A Services

State Services or Group B Services

So, these are the posts under which meritorious candidates will need to qualify UPSC Civil Services Exam.

Check the Top Posts in Civil Services Exam in India

The mentioning here are truly based on the sections, such as salary and the area where these post candidates will be appointed:

The Indian Administrative Service or you can say IAS is the premier service of the Government of India was constituted in 1946. Candidates who will be recruited as an IAS officer will responsible for the maintenance of law and order, revenue administration and general administration in the area under him.

The Indian Police Service is one most promising and asked jobs out of the three All India Services of the Government of India. The IPS are contained detailed guidelines for the desired system of police in India and well-defined the police as a governmental department to maintain order, enforce the law, and to prevent and detect crime.

The Indian Foreign Service or IFS origin can be traced back to British rule. Officers who are elected under IFS need to project India’s interests, both at home and abroad. The issues include which the Foreign Service Officer address, include bilateral political and economic cooperation, cultural interaction, trade, and investment promotion, press and media liaison as well as a whole host of multilateral issues.

The post of IRTS is one of the most asked and organized Group “A” services in the Ministry of Railways. IRTS officials in the center and senior-level administration experience preparing in assorted zones including business the board, activities the executives, logistics, open private associations and so on. There are two standards of the Traffic Department, Operations and Commercial, where these officials are posted.

IRS officers start his job in Group A as an Assistant Commissioner of Income Tax. IRS plays a central role in the collection of Direct Taxes (mainly Income Tax & Wealth Tax) in India, which is a major part of the total tax revenue in the country. The main role of IRS officers are:

Hope this article helps you a lot to identify the Top Posts in Civil Services Exam in India.