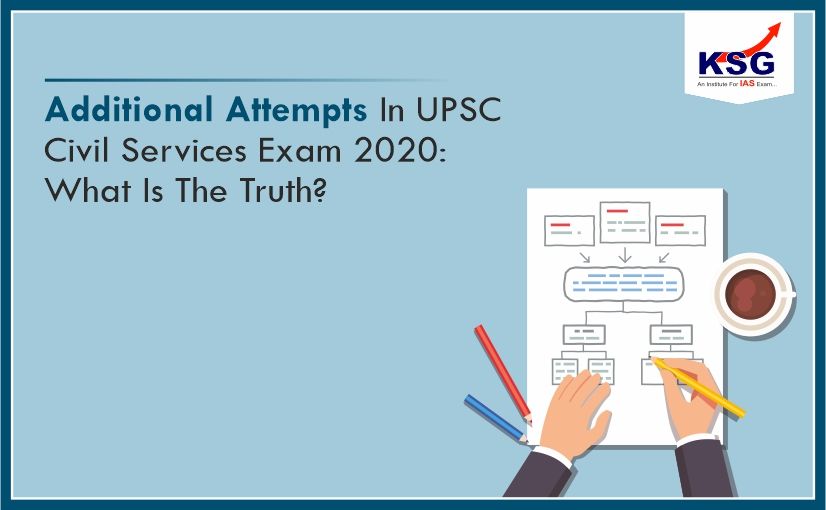 As the exam season is back, many of you are now over with the preparation period and all set to appear for the exam. When such news comes, it is currently getting broadly coursed among UPSC competitors are with respect to more attempts in the UPSC Civil Services Examination 2019. Now, you must be thinking is that true? It isn’t then what is the truth?

But before getting into the eligibility details, let’s explore some facts and figures for the wider picture.

The foundation – Demand for Compensatory Attempts by UPSC Candidates

As you may know, numerous UPSC hopefuls were on hunger strike requesting compensatory attempts because of their lost possibilities on account of the fast changes in the UPSC test design (in 2011, 2013, and 2015). The demand for the test-takers was genuine. Before any pattern change, adequate time should be given for candidates to prepare well as per the new rules.

Did the administration/exam conducting body of UPSC give some help to competitors previously?

Yes, they did, as per the officials; the pattern changes in 2011 and 2013 were kind of unexpected. In addition, when applicants demanded additional attempts to compensate their lost chances, the government responded.

In spite of giving the compensatory attempts for the exam, there was one more example change as for UPSC Civil Services Examination in 2015 – the General Studies (Paper-II) of Preliminary Examination was made qualifying with impact from CSE-2015.

This has again convoluted the readiness techniques of wannabes. Numerous competitors who battled with these continuous example changes feel that the attempts done by government or UPSC isn't satisfactory and begun requesting extra attempts in 2019, 2020 and 2021.

Nonetheless, supposedly, the legislature has not taken any (new) activity dependent on the most recent requests.

As the UPSC Civil Services Exam 2019 warning is good to go to be discharged on February 19, 2019, do you imagine that there will be another significant change?

How many compulsory attempts are allowed for UPSC Civil Services Exam?

Have a look at the compulsory attempts provided by the central government. A general category competitor has an age breaking point of 32 years, yet that doesn't imply that he can compose this test the same number of times as he wishes. There are a few confinements on the occasions this test can be taken, which again is distinctive for various classes.