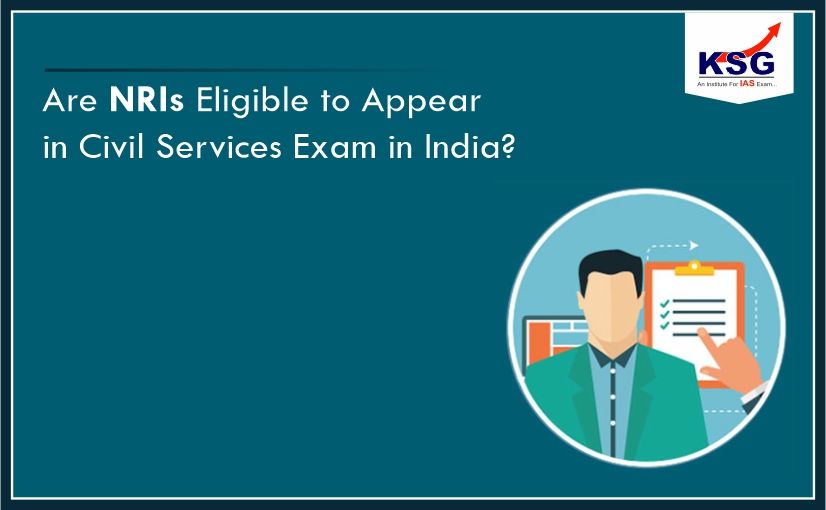 Are NRIs Eligible to Appear for UPSC Civil Services Exam?

Are NRI candidates eligible to sit for the Civil Services exam? This is the question that most of the non-resident Indians must be thinking of. Taking a look at few past year trends, this shows that most of the non-resident Indians across the world are willing to participate and join the Indian Civil Services and hence they are looking for an opportunity to sit and appear for the IAS exam. Well, if we are looking at the facts, then Non-resident Indians are those who are citizens of India, but temporarily they are off from their native land. Herein, we will be discussing the topic and identify norms that can give a clear image regarding the same.

Can NRIs appear in the IAS exam in India?

It’s a ridge raising question, which everyone wants to ask, especially when he/she is an NRI. However, the true fact is that every citizen, who holds a citizenship of India has a right to appear in this exam.

According to a recent survey, nearly, 31.2 million Indians switch to foreign countries temporarily for their work and education. If you look at the cuttings and post of an online newspaper- Daily Social it claims around 4.1 million, 4 million, 3.5 million and 2.4 million immigrants with the Indian passport live in Nepal, Saudi Arabia, USA, and Malaysia respectively.

Many of these NRIs have an aim to serve and join the culture of Indian Administrative Service (IAS). Thus, they get enrolled in various top-notch and leading IAS mentoring institutions to crack the IAS exam successfully.

In case, you also thinking about appearing for the exam, then the thing that comes first is, you must ensure to look at the clear picture of IAS exam’s eligibility criteria.

Check out the eligibility criteria of UPSC IAS exam –

Age Limit and Number of Attempts –

A candidate who is willing to appear for the exam should be 21 years old at least. If he/she fails in a single attempt, they get an opportunity to appear several times for the exam. Check out the number of attempts criteria: