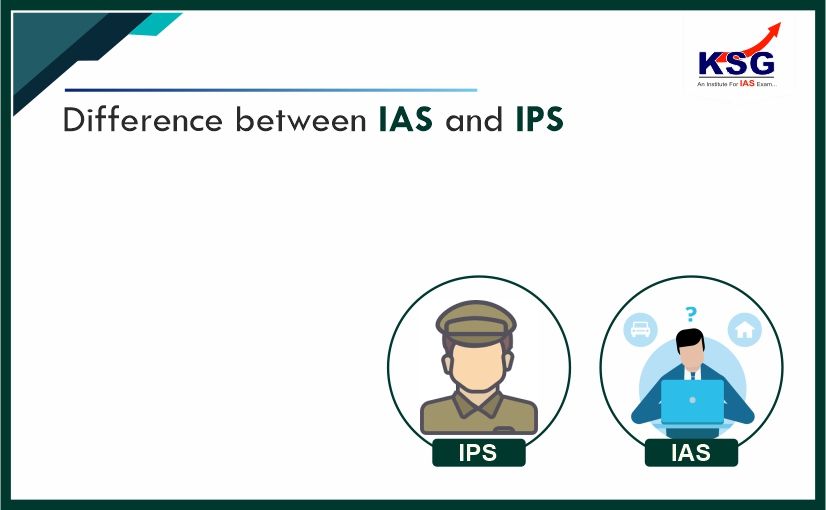 Difference Between The IAS and The IPS

Being a government officer either it’s IAS or IPS officer is a privilege in itself, as both the posts are considered as the most challenging as well as prestigious jobs in this democratic country India. These posts not only give you the authority and positions but also demands responsibility towards society. Candidates who will be selected for the post are considered to the flag bearer of Indian Democracy.

Both IAS and IPS officer’s posts have a different but specific role in executive management is the same where an IPS is often in charge of the Law, while the IAS includes the responsibilities of an administration department. Candidates, who want to join Central Government to serve the responsibilities and duties for the nation, can join the Indian Administrative Service (IAS). The post of IAS is considered as the top-ranking civil service job offered to those opportunity seekers who top the Civil Service Examination. The next, best alternative after IAS post is the Indian Police Service (IPS) which is also a dream career of many Indian citizens. However, one should note that, IPS is a technical job, which requires maintaining peace and order in the state and also demands direct interaction with anti-social elements. Let’s see how the IAS post differs from the IPS one.

IAS represents Indian Administrative Service. To turn into an IAS, a competitor needs to qualify the IAS test, which is led each year by the Union Public Service Commission (UPSC) to enlist officials for the All India Administrative Civil Service. Of around lakhs of aspirants only around 150 get to become an IAS officer.

Regardless of the private segment generously compensated employments, IAS is viewed as one of the most energizing and marvelous vocations by the young people of India. Chain of importance insightful, IAS is the most noteworthy authoritative assignment among other comparative administrations like IPS, IFS and so on. Its framework can be utilized by the Union Government, the State Governments and open area endeavors. An IAS is responsible for the administration of the entire district as a District Collector. Moreover, he also represents Government of India at international level on certain occasions. The minimum educational qualification required to qualify IAS exam is a Bachelor's Degree from a recognized university.

IPS represents Indian Police Service. It is one of the most testing employments in India. To turn into an IPS official, an applicant needs to qualify the Civil Services test, which is conducted each year by the Union Public Service Commission (UPSC). An IPS official is the top-positioned official of the Police Department. He drives the police power both at the State and Central level. Besides, an IPS official is likewise the head or administrator of Indian Intelligence Agencies and Central Police Organizations like Intelligence Bureau (IB), Central Reserve Police Force (CRPF), Research and Analysis Wing (RAW), Central Bureau of Investigation (CBI), and so forth.

The obligations of an IPS official by and large incorporate keeping up peace, law implementation, open request, wrongdoing examination and so forth. To put it plainly, their essential obligation is to keep up the lawfulness or harmony among the general population. The base instructive capability required to turn into an IPS official is Bachelor's qualification in any stream from a perceived college.

Major Difference Between IAS and IPS

UPSC Civil Services Examination is the toughest examination that is carried in three levels, i.e. Preliminary, Mains and Interview. Candidates who qualify the exam will get an opportunity to recruit under the Center government of India for the different post in the government departments which includes Indian Administrative Service (IAS), Indian Police Service (IPS), Indian Foreign Service (IFS), etc.

The article excerpt will help you in-depth understanding the difference between IAS and IPS post of Civil Services Exam. Let’s have a look at the comparison chart.

The qualification criteria is same for both the positions, for example the applicant must be a resident of India, moved on from a perceived college and should have accomplished the age of 21 years.

All things considered, both the posts are exceptionally rousing in nature, as the two urges you to serve your country. These titles hold power and authority, yet in addition gives acknowledgment and regard in the general public.