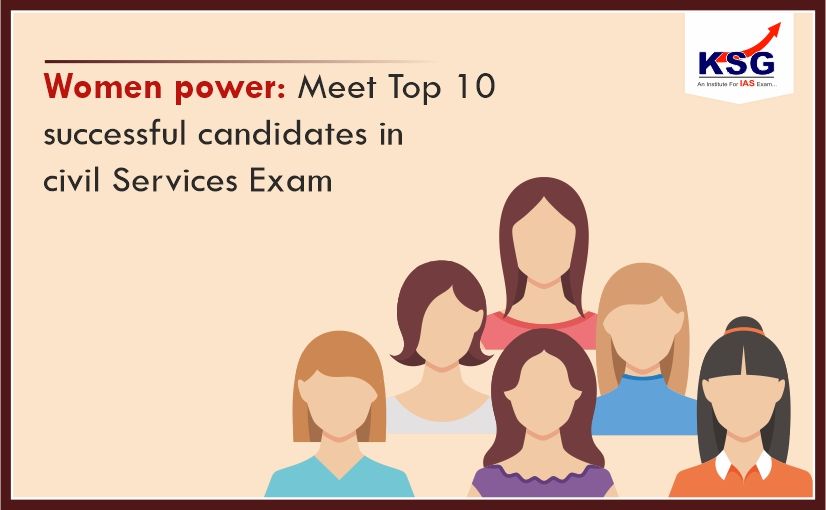 Hey! Let’s talk about women's power in the prestigious UPSC Civil Services Examination(CSE).UPSC has seen significant women success in the last twelve years. From the year 2014 to three consecutive years’ women candidates were the toppers. Such a huge success of women candidates in one the most prestigious exam is an indication that Indian women have arrived and made their marks in every possible way.

These successful women candidates have proved that if you are determined nothing is an obstacle when it comes to chasing and fulfilling dreams. Let’s get to know some of the inspiring and encouraging women candidates.

Other than the above-mentioned toppers, there are hundreds of women who have cleared the CSE (Civil Services Examination) in recent years. They are serving proudly in services like Indian Police Services(IPS), Indian Foreign Services(IFS) and Indian Forestry Services(IFS). These stories will surely inspire other women to pursue their dream and achieve big