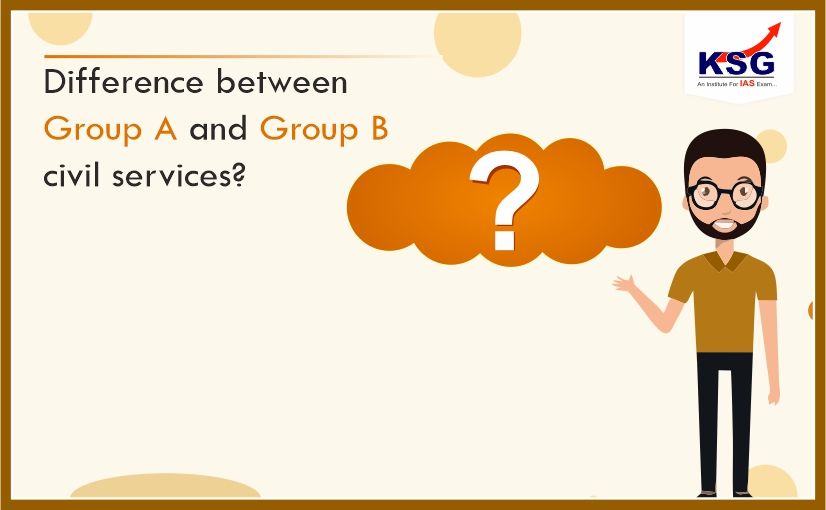 What's The Difference in Group A & Group B of Civil Services

Recruitment and appointment of officers in Group A and Group B are made through different authorities and examinations are taken. Here are the details for both the groups.

Recruitment & Appointment in Group A

The recruitment of officers in Group A of civil services examination is made through conducting the following examinations. All the appointments of officers selected through passing the Group A exams are appointed by the President of India.

Recruitment & Appointment in Group B

The recruitment of officers in Group B of civil services examination is made through conducting the combined graduate level examination. You can say CGLE in short. SSC (Staff Selection Commission) conducts examination for Group B. The officers of Group B are appointed by authorities specified by the President of India through any specified or general order.

Appointments and promotions of officers in Group A vs Group B in UPSC are made by different authorities. Only the authorized wings of the government can make the appointment of the officers in respective groups.

Salary, Appointment, and Promotion of Group A officers in Civil Services

The appointment of Group A officers is directly made by the president of India. Group A officers usually get 6 -8 promotions in their full career of civil services. Promotions in Group A are time-restricted. At the beginning of Group A, officers are appointed as Assistant Executive Engineer and can be promoted up to the designation of ADG or DG. However, an IAS officer starts as an SDM and achieve the position of Secretary to the Government of India. The salary of officers appointed in Group A is higher than Group B.

Salary, Appointment, and Promotion of Group B officers in Civil Services

Conversely, Group B services and officers are slow in their career growth but here promotions are not time-restricted. However, they receive less promotion in their full career, which is a maximum of 3 or 4, if lucky or performs extraordinarily. If you take an example, a group B officer starts from Assistant Engineer and left services upon retirement as an Executive Engineer. The salary of officers appointed in Group B is lesser than Group A.