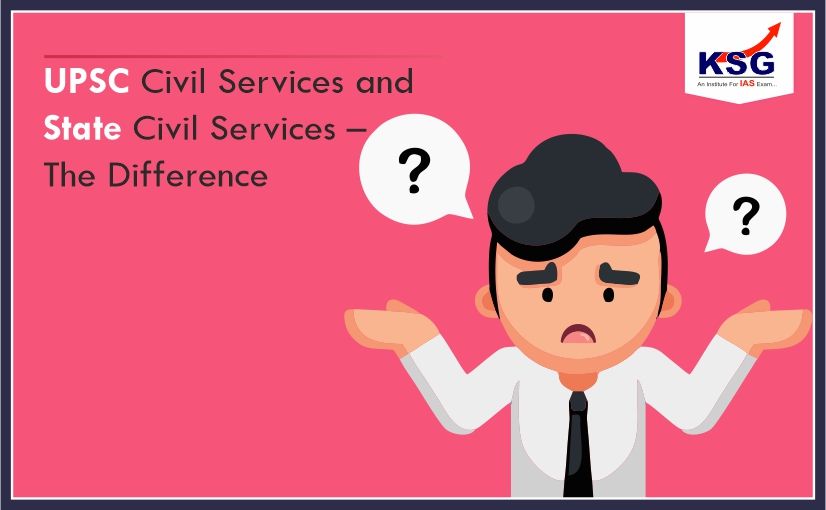 The new generation of India is getting increasingly more attracted by the Government services and this fact is justified by the increasing figures of UPSC aspirants every year on the board.

UPSC is ultimate but not everyone is lucky. That's the reason that people try their luck in state civil services as well.  Many students are still not clear about the fact that what exactly is the difference between the two administration services. If too wonder on it, read here State Civil Services vs UPSC exams. Hereafter in this article, we will denote civil services with PCS i.e  Provincial Civil Services and UPSC as IAS (Indian Administrative Services)

The Process of Selection

The process of selection is different in both the services. Although, a person is going to serve his country eventually the procedure of getting appointed is not the same.

Officers here are appointed and recruited by central level authorities. An examination is conducted which is called UPSC (Union Public Service Commission).  The central government of India has established CAT (Central Administrative Tribunal) which is responsible for exercising the powers and authorities of public servants in the country.

Officers in the state government administrative departments are appointed and recruited by state-level authorities. An examination is conducted which is called SPSC (State Public Service Commission).  For this, the state government of India has established SAT (State Administrative Tribunal) which is responsible for exercising the powers, authorities and service-related matters of public servants in the state. Each State has the SAT.

The best basis of difference in State Civil Services vs UPSC is who appoints? Appointment of State and Union officers are not done by the same authorities. There are established procedures and protocols for the appointment of government officers for the state as well as central level. As they give their services to different government departments, their appointment is also done accordingly.

Indian central government officers work for the betterment of state or district or city given to them but they are directly appointed by the office of president in India.

Pattern and Syllabus for The Selection Examination.

State Civil Services vs UPSC are also different in terms of exam pattern and syllabus. Let's see how -

Of course, salary and pay scale of IAS and PCS will differ because of their level of services, roles, authorities and answerability also differs.

In the State Civil Services vs UPSC employment, the designation makes a major difference. Undoubtedly the designation of central employees is always higher than state officials. Check out the further details in this regard.

Promotion and Designations of IAS

An IAS officer begins his journey as Joint Magistrate. With the increase in rankings, the designation and pay scale also changes. The highest designation of IAS could be Secretary to the Government of India.

Promotion and Designations of PCS

The initial designation of a state officer is decided as per the state service rules. At the state level, the promotion is a bit slower than IAS levels. A state officer may take a minimum of 12 to 15 years to reach the designation corresponding to that of IAS officers.

Whether it is about the designation, pride, salary, and growth, IAS is far better than that of PCS. However, in both cases, you are serving your nation. Most candidates adopt the strategy to prepare IAS and PCS both because of the ratio of clearing UPSC exams which is very less.