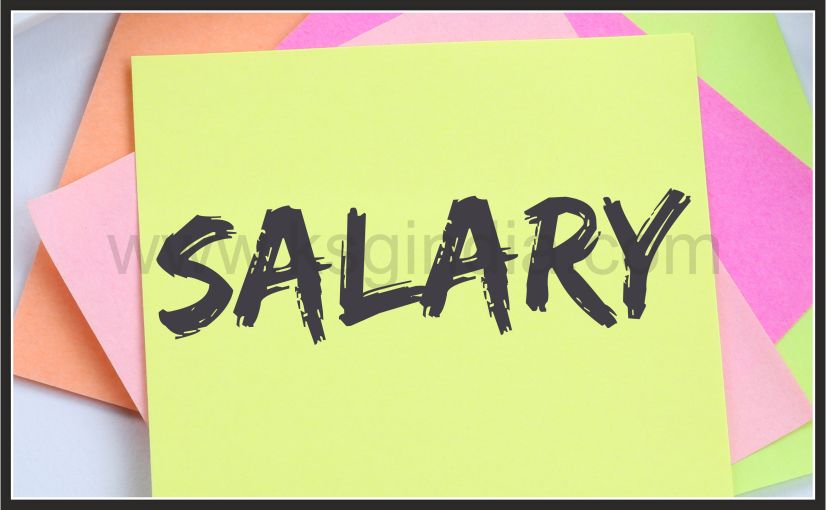 Check Out How Much Salary The IAS Officer Get

How much salary an IAS officer gets? Yes! IAS officer salary is always a fascinating question of which answer, every Indian wants to know.

IAS (Indian Administrative Services) are one of the renowned civil exams people appear for. And it is one of the toughest examinations in India because the level of competition is very high; along with the number of subjects is also very vast. IAS earns not only good respect, power, and position in society but also a handsome amount of salary.

There are lakhs of people appearing for the exam every year but only a handful of candidates make it through and among them, only a few would be able to sit on the chair of IAS. So, let’s talk about everything about the calculation and figure of IAS salary after the 7th pay commission.

An IAS earns a handsome amount in exchange to serve the administration of any city in India. It is needless to say that, with the increase in experience and the number of services, the level of the officer will increase and so his service.

H2 - Understanding Some Terms in Context With IAS Officer Salary

The salary of IAS Officer per month is calculated on the basis of different levels. Usually, IAS officers are promoted every 4 or 5 years and so as the IAS officer salary. For 11, 12, and 13th level officers, there is a dual increment in a year. And after level 14 all the officers receive the same amount of salary. The topmost level is 18 as of now. So, there are certain parameters for IAS salary after the 7th pay commission, which is detailed in the table given here below.

So, looking at the table above, we can conclude that IAS officer salary per month depends upon his grade, level, and post along with the number of years’ experience. Usually, it starts with 56,100 per month basic plus DA, TA, and HRA. The figures will change with respect to any government announcements and notifications.

Before the application of the 7th Pay Commission, all the administrative officers will receive a salary according to 6th pay commission. The details of the 6th Pay commission is given in the below table.

Some Common Queries Regarding The Salary of An IAS

There are many queries in the mind of the common man about IAS. This section is especially added to answer all the frequently asked questions about IAS and their salary.

Does an IAS officer receive the same salary during the training period?

IAS training held at Lal Bahadur Shastri National Academy of Administration (LBSNAA). They receive the same amount of salary as per their pay scale during the period. Training is considered as part of his service.

Does an IAS receive promotion and increment?

As mentioned in the above table an IAS officer receives increment but unlike the private sector, they do not expect a yearly increment in their salary. It depends on their level and years of service. Their designation also increases according to the increase in their level. You can check the amount of increment based on the levels in the above-given table.

Eligibility For appearing in the IAS exam.

Anyone who has the degree of graduation and who is a resident of India can appear for the examination of IAS. Besides that, the candidate should hold a degree of any university (private or public) established under the act of parliament.

Is there any age limit for appearing in the IAS exam.

Yes, the minimum age to appear in the IAS exam is 21 years as on the 1st day of August of the year in which the examination will take place.

How many Attempts One Can Give?