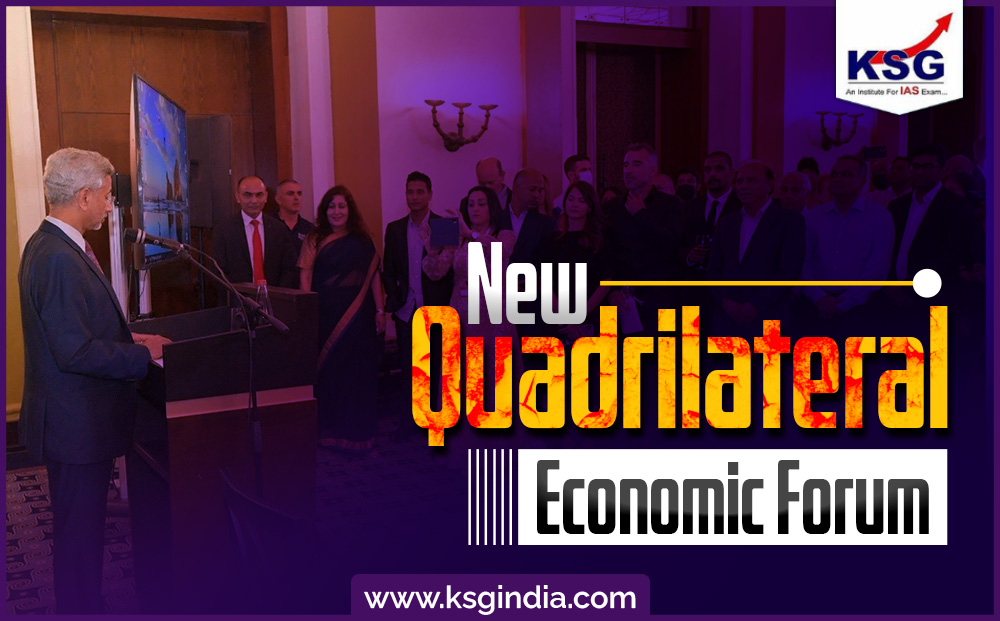 India, Israel, the United Arab Emirates (UAE) and the United States decided to launch a new quadrilateral economic forum, as External Affairs Minister S. Jaishankar joined his counterparts at a meeting via video conference from Jerusalem, where he is on a five-day visit.