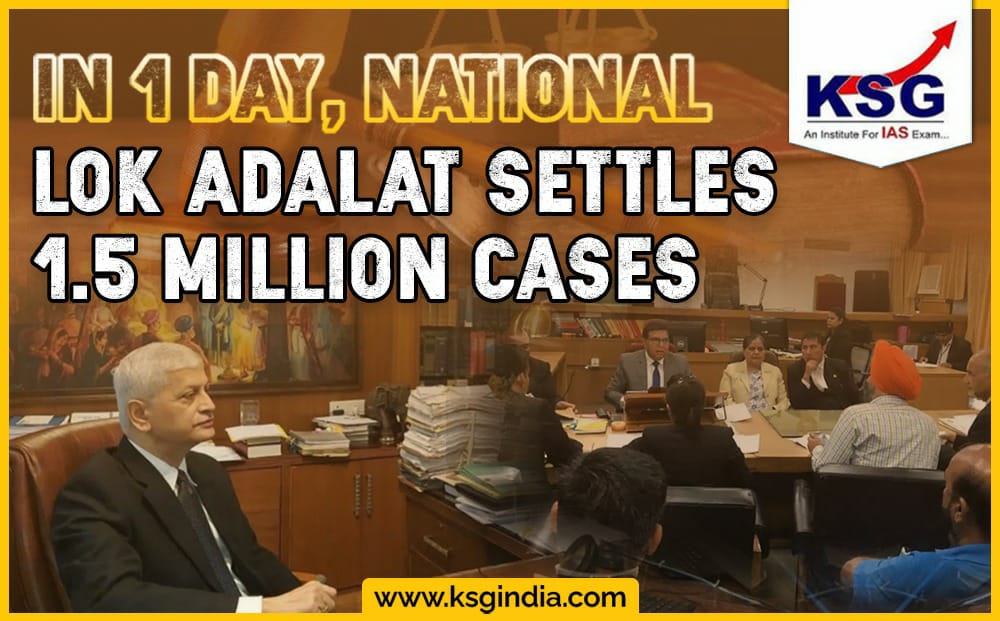 Organised by the National Legal Services Authority (NALSA), the National Lok Adalat succeeded in getting over 1.5 million cases settled in a day, involving a settlement amount of a whopping ₹2,281 crore.