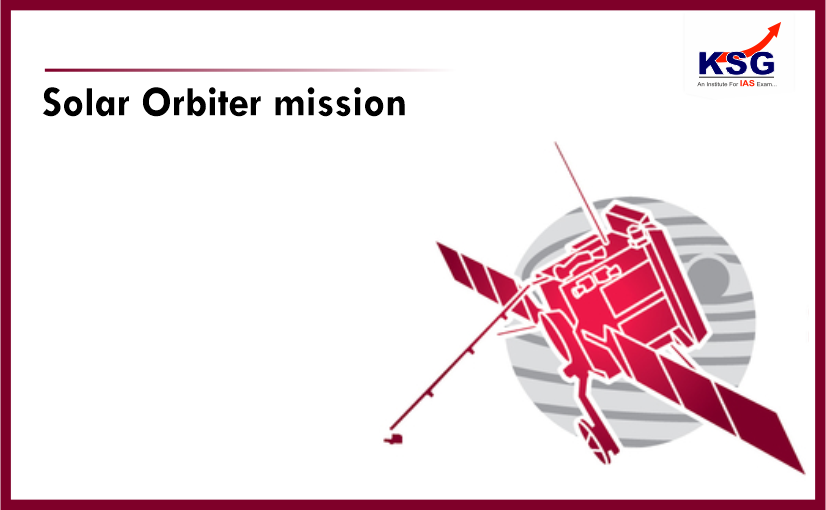 Solar orbiter, a new collaboration mission between ESA (Europe Space Agency) and NASA to study about the sun, which took off from Cape Canaveral in FLORIDA on 10 February.  This would be a seven-year mission.

The European Space Agency leading solar orbiter mission, launched in partnership with NASA, which is the first ever spacecraft providing images of the sun's polar regions.

The previous mission was launched in 1990, between NASA and ESA as the Ulysses mission. This mission passed the sun's poles but did not carry a camera.

The European built Solar Orbiter spacecraft is officially on its way to the sun.

First ever images of sun poles (with high resolution) are provided by this mission, differing from before the solar orbit missions.

The main objective behind this mission is to understand the sun's dynamic behaviour and to solve issues such as sunspot cycle, and why stars spew out high velocity charged particles through the solar system ,new information about solar wind, solar energetic particles and the heliosphere magnetic field.

Earlier, solar orbiters had images within the ecliptic plane, all planets which are aligned with the sun equator, but new spacecraft use the gravity of Earth & Venus, it has spacecraft within the orbit of Mercury, to provide more information about the sun and its activities in space.

Orbiters take pictures by telescope which can  bear the heat of the sun because it has a custom titanium shield coated with calcium phosphate, which reflects and guides heat away from the spacecraft and can endure temperature up to 600 degree Celsius.

Solar orbiter will also give information about the magnetic environment around the sun to study .This mission will take around two years to reach its highly elliptical orbit around the sun.

This mission will help scientists to solve some mysteries like what drives solar winds, how solar dynamics works, and also how to drive connection between sun and the heliosphere and many more.