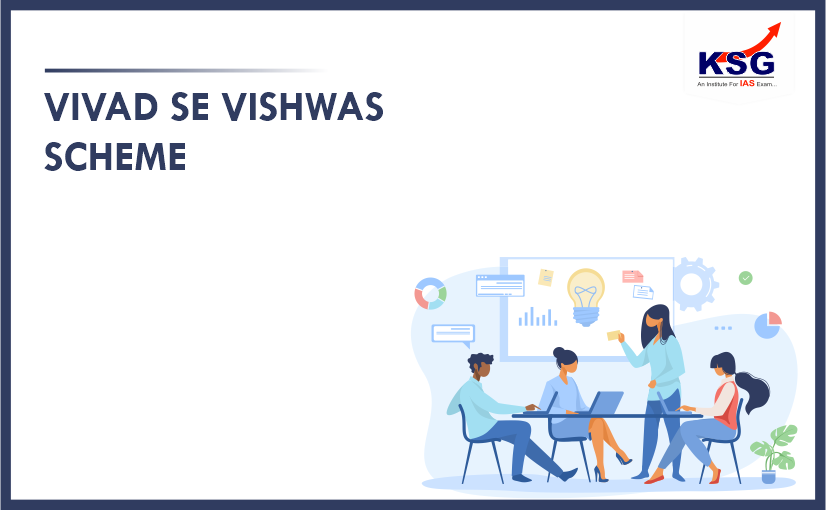 The scheme introduced by the Ministry of Finance gives the taxpayers who pay their contested taxes on or before 31 March 2020 a full waiver on interest and penalty. Inspired by the success of the Sabka Vishwas Scheme that reduced a number of indirect tax disputes, on February 5, 2020, the Finance Minister tabled The Direct Tax Vivad se Vishwas Act, 2020 in Parliament. The main purpose is to raise tax collection and at the same time reduce the the legal proceedings.

What is Vivad se Vishwas scheme?

This is a direct tax scheme proposed in Budget 2020, to resolve tax disputes between individuals and the department of income tax. Initially, the scheme gave taxpayers maximum waiver of interest and penalty with full and final resolution of the dispute if the scheme had been in operation by March 31, 2020. An taxpayer who opted for arbitration after March 31, 2020 had to pay an additional 10 per cent penalty on the tax sum at issue. Now, though, you don't have to pay any penalties until December 31, 2020.
As per the income tax disputes resolved under the scheme, the income tax department or any other appointed authority cannot reopen in any other proceeding. Earlier, the government had extended the deadline for the Vivad se Vishwas scheme from March 31, 2020 to June 30, 2020 without paying any interest and penalty. Given the country's lock down, as the scheme came into force quite late, several chartered accountants and revenue tax officials had urged the government to extend the deadline.

The government has announced that it has extended the deadline for settling tax disputes under the Vivad se Vishwas scheme to December 31, 2020 without paying any interest or penalty. The previous deadline was 30th June, 2020. The Finance Minister has confirmed this as part of the mega economic assistance package.

Who is eligible to opt for the scheme?

The scheme shall be applicable to all the appeals/petitions filed by taxpayers or the income tax department, which are pending on January 31, 2020 with the following forums:

POSITIVE SIDE: 1)The distinguishing feature of the scheme is that it focuses on settling pending lawsuits with existing taxpayers, rather than trying to lure new taxpayers into the net by getting citizens to voluntarily disclose undeclared assets.

2) If some of them faced income tax notice, surveys and raids may get some remedy in this scheme.

3) The scheme promises to clear the blot that usually follows an I-T notice or raid.

NEGATIVE SIDE: 1) The scheme protects from its quick solution of legal taxation litigation, but does not have a solution of its root cause.

2) This scheme does not cover the disputes related to wealth transaction, benami property, PMLA etc.

3) The scheme will not cover disputes pending before the Authority of Advance Ruling (AAR).

Relaxing the provision for treating declaration as void in case of default in payment:

One of the major concerns that prevent the taxpayers to opt for the Scheme, even if they are otherwise willing to, is the fear of facing the consequences in the event of default. Present Scheme provides for treating the declaration as void and all the consequences under income tax statute to follow, if the payment is not made within the time prescribed in the order. The Government may consider relaxing such provisions under the Scheme.

Under the present Scheme, appeals pending as at 31 January 2020 are eligible for settlement. With the above-proposed changes, the ‘appeal pending threshold date’ may be extended to either 31 March 2020 or 30 June 2020. This will ensure wider coverage of the Scheme not only for the Government but also enable the taxpayer to focus on business, which is the need of the hour.