Is it easy to become an IAS officer after selection? 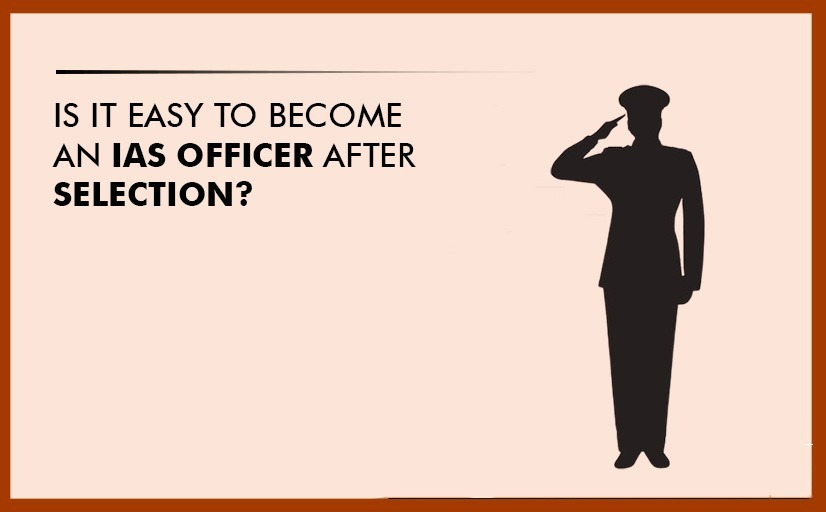 Being an IAS officer is a challenging task. UPSC has witnessed several candidates ranging from those who have cleared the civil services examination in their first attempt to those who have taken 4-5 attempts in the journey. This major issue arises due to the Examination's vastness and difficulty level and the limited number of vacancies offered by the UPSC.

This essay will walk you through the contrasts of how difficult it is to conquer the civil services position since being an IAS officer is not everyone's cup of tea:

The decision about  the optional topic causes  uncertainty among the contenders of the UPSC. The list of optional subjects includes relevant subjects for those with a background in the humanities. In addition to the 25 electives offered, it is possible to elect the literature from the language papers. Selecting the best optional subject is indeed a difficult process in and of itself, and candidates frequently consider which optional is the simplest and most advantageous for exam success before selecting the optional subject.

Generally speaking, non-IIT engineering students are content to accept a humanities subject for their graduate studies rather than preferring to select their graduate courses. These students need help since the subjects are relatively new and require in-depth study. Elective papers are one such requirement.

Despite the vast list of electives, several well-liked subjects are still not accessible. It is also thought to be a  challenging exam to pass.

Many candidates need help passing the CSAT paper, even though it is a qualifying exam. It is equally vital to pass this test, and applicants must set aside time to prepare for it. If they fail to pass Paper 2 of the UPSC Prelims examination, all of their hard work for Paper I of the General Studies would have been for nothing.

A list of 22 regional languages is provided to the candidates, and they must select one of the Indian languages. English is also required. The applicants may have lost interest in the topic after the 10th or 12th board exams, often taken during graduation. Spanish, German, and French are now often taught in schools as second languages. It is considerably more challenging for these individuals to acquire and pass the required Indian Language paper. The required English paper would also be challenging for applicants who attend schools where Hindi, Tamil, or any other native language is taught.

Three rounds of the Examination

The UPSC exam consists of three main rounds: the Preliminary, Mains, and Interview.

The fear of the Examination is so much that these phases are collectively referred to as rejection rather than selection phases.

Because the candidate must pass all levels of the test at once and receive the highest score to be placed in the IAS Cadre, it is challenging to pass this exam. It makes no difference that an applicant received "x" marks in any part of the exam on a prior try; even if the individual is unsuccessful in the interview process, they must go through the entire process again.

Only a select handful of candidates are chosen from a large pool.

Only 9000+ individuals could pass the preliminary round of the exam out of the almost 9 Lakh people who registered for the Prelims round. In the end, only 700+ open positions will be filled. These applicants will again compete in the Mains round of the recruitment process. As a result, the likelihood of being hired is relatively small compared to the proportion of applicants who take the exam and those who are hired. Furthermore, it cannot be assumed that the 9–10 lakh candidates took their preparation for the exam seriously.

In addition, as a result, In order to pass a given level, candidates must achieve the minimum cut-off marks specified by the commission. The individual may advance to the next level if he or she receives the required marks. In order to be hired into the IAS Cadre or any other elite cadres, candidates must score higher than the cut-off marks, particularly in the Mains and Interview stages which states the extreme difficulty of the Examination by which this specific Examination is considered to be the mother of all examinations.