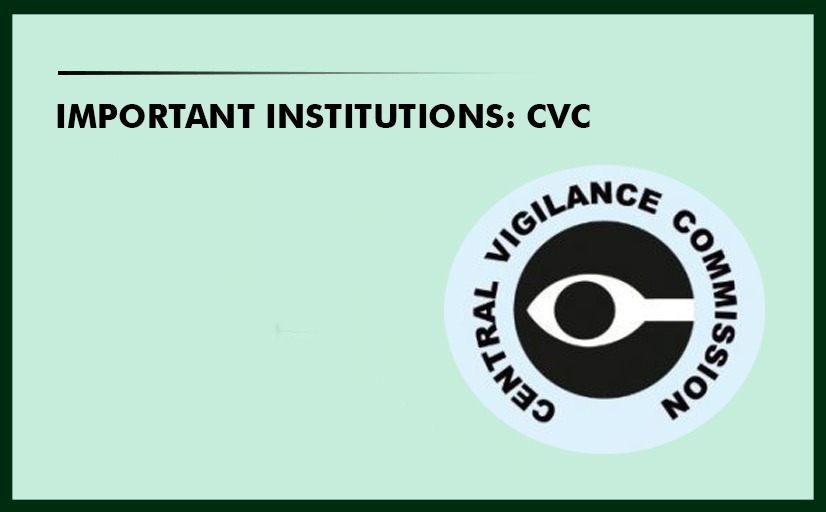 According to the recommendations of the Committee on Prevention of Corruption, led by Shri K. Santhanam, the CVC was established by the Government in February 1964. The CVC Act was passed by the Parliament in 2003, giving the CVC statutory status.

What Purposes Does CVC Serve?

What is the Background of CVC?

What is the Structure of Governance of CVC?

The Chief Technical Examiners' Wing (CTE), a wing of Commissioners for Departmental Inquiries (CDI), and a secretariat all belong to the Central Vigilance Commission. CVC must rely on the Chief Vigilance Officers (CVO) and the CBI as external sources for their investigative work.

Exactly how do the CVC's investigations turn out?

Since it relies on the CBI and the Chief Vigilance Officers (CVO) of central organizations, the CVC does not have a separate investigation division. In contrast, the CBI has a separate division for investigations governed by the Delhi Special Police Establishment Act.

Which Acts Give CVC Jurisdictional Authority?

What changes have been made to CVC recently?

What are the CVC's limitations?

India's economy has recently grown to be progressive and dynamic. Huge investments were made in the country's infrastructure, as well as in retail, construction, and many other government sectors, as a result of the economy's rapid growth in all areas. The economy's rapid growth brings on the challenges facing CVCs in the fight against the corruption threat.